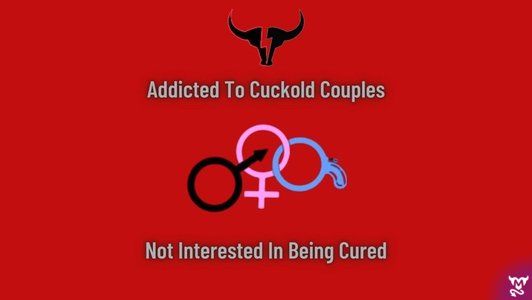 This is an adventure that I had a while back but have never posted here. Hope you enjoy your read...

Although busy swinging clubs are not personally my preferred way of meeting new couples I do love socialising in an environment with like minded people. When in that frame of mind a well know weekly interraciall party was one of my favourite events to attend. It is run by a lady that I have known for years and although our paths don't cross as often as they did in the early years it is always a pleasure to see her.

This particular interracial party is held every weekend in a number of locations around the country. Being the first Saturday of the month I knew that it would be their busiest night and at a venue which is my personal favourite. It is a fairly large venue with several places to have fun. Including a cinema room, dark zones, private areas, a glory hole room and big open play areas so most tastes are catered to.

I arrived at 9.30 knowing that a couple of friend and familiar faces would be attending. For the first hour or so most of my attention was on them. Although naturally I would survey the horizon from time to time, admiring the women in their sexy outfits. As the night developed a nice looking couple sat in a corner caught my eye. I looked over a number of times and couldn't believe that none of the other guys appeared to have approached them.

I made up my mind sat beside the lady and introduced myself to them. We struck up a conversation and Sally and Steve revealed that they were brand new swingers hoping to have their very first adventure. It was their third visit to this event but up until now they had not felt brave enough or felt the right connection with anyone to make that leap from fantasy to reality. New couples are often unsure of swinging etiquette so I gave them some guidance, reassurances and the benefit of my experience in terms of how to interact with single males.

As it was a large U shaped sofa and they were sitting in a corner it had been easy for me to focus my attention on the two of them when conversing. I now sat closer with my knee pressed gently into Sally's thigh. She didn't flinch and the body language from both her and Steve was still positive.

I probed them further with more questions in order to establish if there interests leaned more toward cuckolding or hot-wifing. They were not aware of the differences between the two so I was more than happy to explain. Steve explained that in daily life he was in a position of authority and had a deep desire to be dominated. Sally on the other hand had no intention of being told what to do. This put them very firmly in the cuckold camp and the evil wolfish grin on my face left them in no doubt that I liked what I was hearing.

When I explained that I generally use swinging parties to network and don't usually fuck, they both looked at me like Puss in Boots in Shrek. so I found myself reassuring them that if an opportunity presented itself that night and they felt relaxed enough I would be more than happy to oblige......hey being patient is one thing but sometimes you just have to strike while the iron is still hot.

After a short while Sally got up to use the ladies. Steve used it as an opportunity to ask If I would join them in one of the private rooms. I said that I would be more than happy to but also assured him that if at any point they had second thoughts I would back off gracefully, even if we were all naked and my cock was merely an inch away from Sally's pussy. He found that reassuring. However I also gave him a warning by informing him that as a cuckold once we got into the room I would be expecting him to submit to my authority by sucking my cock. He advised me that he would love to but as they were new to this he wasn't quite sure how Sally would react. However, he said that if it was initiated by me she would be more likely to go with it.

On Sally's return Steve informed her about our conversation. She liked what she heard but asked if I wouldn't mind if she popped out for a quick smoke first. Probably nerves I thought. Once she returned we headed for a narrow corridor where two lockable rooms were located. As we waited I took the opportunity to take a better look at Sally......fuck!!! I thought. All dressed in black, tight black jeans, black heels and a tight black top that pushed her tits out towards me. How I managed to stay looking calm and collected I don't know.

Finally we heard the sound of one of the rooms being unlocked. At which point I began to mentally rub my hands together with glee. The three of us walked into what was a very small dimly lit room but there was more than enough room for us all. There was a little bit of small talk but none of us wanted to waste time so we all stripped while chatting.

Although I am a naturally dominant by nature I strongly believe in allowing couples to acclimatise to the situation particularly when meeting me for the first time. I know that for some people the fantasy of an all guns blazing first time cuckolding session might sound like fun. But in my opinion, more often than not the priority should be to get used to each other and establish a level of trust first. Besides, isn't it always better to have something to look forward to?

My instincts told me to take a little step back and give each other the space to feel comfortable and get in the mood. They got onto the bed and Steve promptly attended to Sally's pussy with his mouth. After a short while I climbed onto the bed too and began to caress her soft white skin. The dim lighting of the room added to the sense of intimacy and eroticism of the situation. She turned her head towards me and caressed my chest at which point we began to kiss. I think this got Steve very excited because he started to fuck her. A big no no in my book as I never let cuckolds fuck their lady in my presence without requesting my permission. However as stated previously I do sometimes make an allowance for new couples.

I took the opportunity to reposition myself and slip my cock into Sally's mouth. Fully aware that with Steve now fucking her he would be getting a close up view of his partner’s lips and tongue navigating the contours of my hard black cock. As he thrusted he looked on with fascination. I knew exactly what he hoped for at this point. So I told him that as a cuckold it was his duty to serve me and show respect by sucking my cock. They both looked at each other and asked the other if it was ok to take this bold step for the very first time.

Unfortunately for Steve it was again all a bit too much so he had to stop fucking Sally and back down. I told him it was now time for me to take over. Normally at this point I would have instructed the cuckold to grab a condom and put it on my cock. But on this occasion I was way too eager to fuck his beloved partner and didn't want to risk nervous inexperienced hands trying to put a condom on me. I did however pause to ensure that his hand gripped my cock and that he would be the one to guide me into his lady for the very first time. To me it is a very important symbolic moment and I wanted him to play a part in it.

As is often the case and especially when I fuck a woman for the first time I teased Sally for a while before giving her the full length of my cock. Just the tip at first. Pausing from time to time and ever so gradually giving her a bit more of me. Her pussy responded by naturally lubricating the pathway. I have flexible hips so when I finally gave her my full length in a single authoritative thrust she gasped with pleasure.

What a night, we fucked in various positions, at one point with Sally riding me. I often struggle with lying down to let a woman do that. In part because it is such a horny site, my instinct is to throw a woman back down onto the bed and fuck with maximum intensity. I just can't lay still, so I find myself thrusting my hips upwards looking into the woman's eyes and telling her to fuck me. Probably not the most dominant thing to say but it seems to spur women on......oh what a sight, Sally rode my rigid cock with so much enthusiasm mmmmmm. From time to time she would slow down to give Steve a passionate kiss. Oh how I love that, meeting couples in a committed relationship is that little bit more pleasurable. It is certainly a key element of what I refer to as real cuckolding.

After a bit more pleasurable grinding Sally dismounted and lay down to be fucked once more by Steve. Again the naughtiness of the experience was a bit too much for him so he had to stop again after not that many thrusts. More for me ;-)

They fucked briefly and then lay happily on the bed before asking me if I wouldn't mind giving them a moment to themselves before joining me outside. I explained that I fully understood and that I would chat with them again a little later.

I spent the rest of the night socialising and being a bit of a voyeur. After all there is always something interesting to see at these parties. When I next saw Steve and Sally they were sat on a sofa by the dance floor. As we chatted they did whet they have now been doing almost daily since that night we met almost two weeks ago. They expressed there happiness in having met me, thanked me for putting them so much at ease and for making their night such a pleasurable one. I am really enjoying getting to know this couple and looking forward to guiding them down the path of darkness.....the pleasurable kind.

Thanks I'm glad you enjoyed reading it.

You can book your next stay at Jardin de Babylone directly from your SpicyMatch profile. Click here to request a quotation

Click here for the hottest selection of SpicyMatch Official Merchandise.